A spokesman said Google was extending its Street View offering so Internet users could finally see inside peoples’ homes.  Indeed, Google indoors personnel were already knocking on doors, patiently explaining that if people had not already gone through the opt-out process, they had “opted in”… 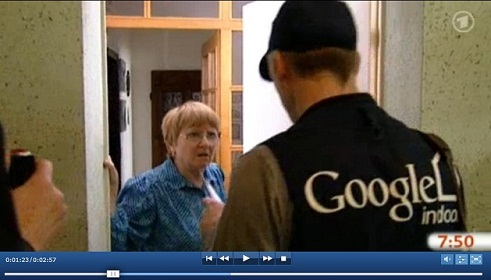 … so the technicians needed to get on with their work: 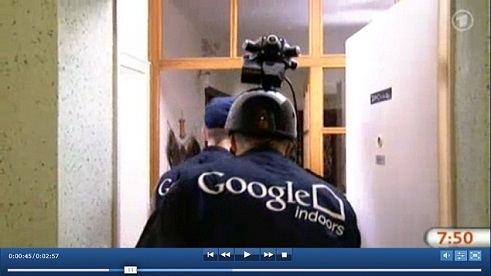 … and the business model of the scheme was devilishly simple: the contents of peoples’ houses served as product placements charged to advertisers, with 1/10 of a cent per automatically recognized brand name going to the residents themselves.  As shown below, people can choose to obfuscate products worth more than 5,000 Euros if concerned about attracting thieves – an example of the advanced privacy options and levels the service makes possible. 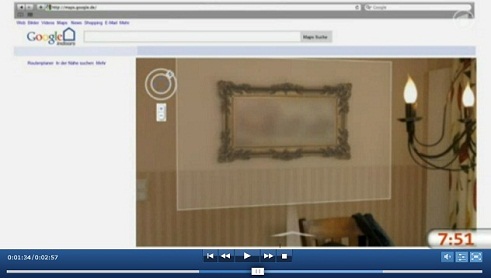 Check out the video.  Navigation features within houses are amazing!  From the amount of effort and wit put into it by a major TV show, I'd wager that even if Google's troubles with Germany around Street View are over, its problems with Germans around privacy may not be.

Frankly, Das Erste (meaning “The First”) has to be congratulated on one of the best crafted April Fools you will have witnessed.  I don't have the command of German language or politics (!) to understand all the subtleties, but friends say the piece is teeming with irony.  And given Eric Schmidt's policy of getting as close to “creepy” as possible, who wouldn't find the video at least partly believable?

[Thanks to Kai Rannenberg for the heads up.]