After my last post, it occurred to me that people would probably be interested in knowing about some of the other figures from the identity community who have joined my colleagues and I to work on identity and access – great people with diverse backgrounds who bring new depth to the increasingly important area of identity and access management.

Ariel Gordon came to Microsoft recently from Orange / France Telecom.  It's really key for the Identity group at Microsoft to have the best possible relationships with our colleagues in the Telecom sector, and Ariel's 12 years of experience and understanding of Telecom will move our dialog forward tremendously. 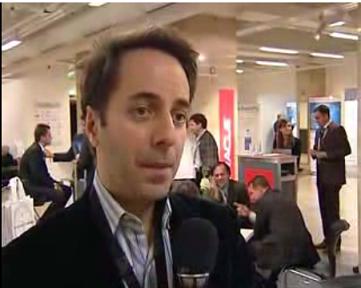 Ariel led the creation and deployment of Orange's consumer Identity Management system, focusing  his staff on optimizing customer journeys and UX through Identity lifecycles.  The system currently hosts tens of millions of user identities across Europe.

Ariel oversaw marketing work (and the development of business planning) for Identity Management and other Enablers, including User Privacy and API exposition framework.  As a key spokesperson for Orange, he unveiled several of their innovations at Industry Events including their support of OpenID and SAML for Outbound Federation at “DIDW” in Sept 2007, and support of OpenID and LiveID for Inbound Federation at “the European Identity Conference” in April 2008.

Orange played an important role in Liberty Alliance, and Ariel has a lot to share with us about Liberty's accomplishments.   Listen to Kuppinger Cole's Felix Gaehtgens interview Ariel on YouTube to get a real sense for his passion and accomplishments.

Many people around Internet Identity Workshop know Pete Rowley, not only for the work he has done but because he has a coolio rock-star-type web page banner and a real stone fence:

Pete has been working on identity since the mid 90’s. He contributed to the Netscape Directory Server. Later at Centrify he worked on connecting heterogeneous systems to the Active Directory infrastructure for authentication and policy applications.  Many of us met him at the Identity Gang meetings while he worked for Red Hat. There he founded the Free IPA (Identity, Policy, Audit) open source project. I remember being impressed by what he was trying to achieve:

Mark Wahl has been well known to identerati ever since the early days of LDAP.  In 1997 he published RFC2251, the famous Lightweight Directory Access Protocol (V3) Specification with Tim Howes and Steve Kille.  Of course it was fundamental to a whole generation of directory technology. 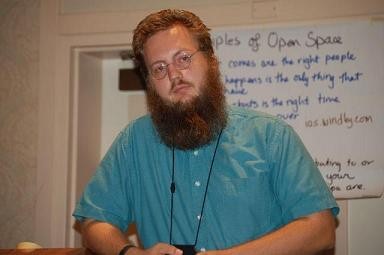 People from the directory world may remember Mark as Senior Directory Architect at Innosoft International, and co-founder and President of Critical Angle.  This was great stuff – his  identity management, directory, PKI, messaging and network middleware systems were deployed at many large enterprises and carriers.

Mark was also a Senior Staff Engineer and Principal Directory Architect at Sun Microsystems,  and later  developed and taught a one-year course on information assurance and computer security auditing at the University of Texas.

His passion for auditing and risk assessment technologies for the enterprise identity metasystem led him to create a startup called Informed Control.  You get a good feeling for his thorough and no-holds-barred commitment by browsing through the  site.

Mark is now applying his creativity to evolving the vision, roadmap and architecture for the convergence of identity and security lifecycle management products.